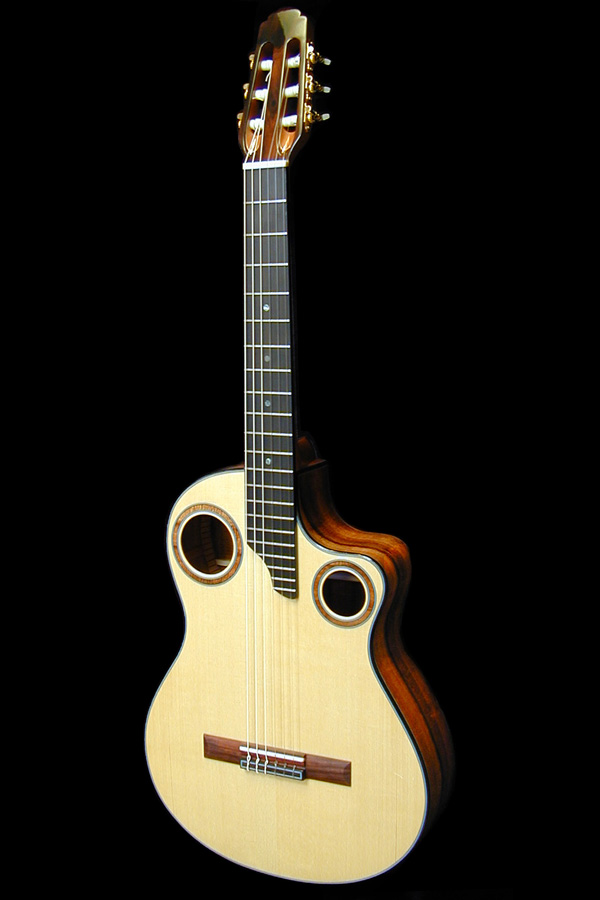 The Kaulua model nylon string is a double soundhole, expanded soundboard guitar. It features an extended cutaway design, allowing access to high frets. The area of the two soundholes is similar to that of a conventional classical guitar, but this design splits the hole and moves it into the upper bout so that a larger, uninterupted area of the soundboard can vibrate. The transverse brace, usually located just behind the soundhole in front of the bridge, can be moved up to the end of the fingerboard, effectively “openning” up the tone producing potential of the soundboard. This makes it possible for the bass response of a larger guitar to be acheived in a smaller one, while maintaining a strong treble response. The proximity of the bass side hole makes the sound of the guitar much fuller and louder to the player.